So James Roberts is free to play on with the Broncos in 2017. Whilst it is claimed that the accusations against Roberts stemming from an incident in a Gold Coat nightclub could not be proven, the question needs to be asked, why is he still allowed to play in the NRL at all?

A brief history of Roberts chequered past;

Having won the 2013 Jack Gibson medal – awarded to the Man of the match in Holden Cup grand final his talent on the field can’t be questioned. Whilst his 2016 season at the Broncos wasn’t up to the standard he set at the Titans he is a player that league fans love to see with ball in hand.

He is from impressive pedigree. His relations include Amos Roberts, Tyrone Roberts, Albert Kelly Anthony Mundine and Greg Inglis.

Despite his obvious talent, he clearly has issues off the field far greater than those talents. He checked into a Thai rehab facility (which seems to be a trendy thing to do lately..) at the end of the 2016 season to overcome alcohol problems. Following this most recent incident in a Gold Coast nightclub and his reported difficult in finding his way home on the evening in question due to his inebriated state – perhaps he should seeking a refund from the rehab facility.

This guy is a ticking time bomb. A Sydney tabloid newspaper started a scandal clock at the beginning of the year to monitor how long before Rugby League would disgrace itself in 2017. Whilst this particular newspaper thrives on Rugby League scandals to sells newspapers, perhaps they should initiate a James Roberts clock – it’s only a matter of time before he disgraces himself and the game again. 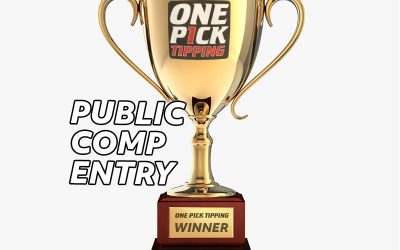 Time flies when the footy is back in business... We are now nearing the halfway completion in the shortened NRL season and well underway in a very strange looking AFL competition. We have mentioned a few times this season of a new eligibility requirement for our NRL... 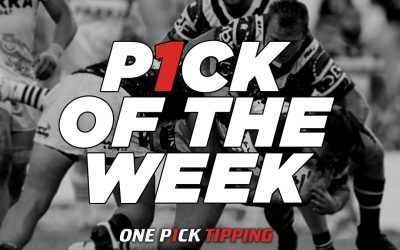 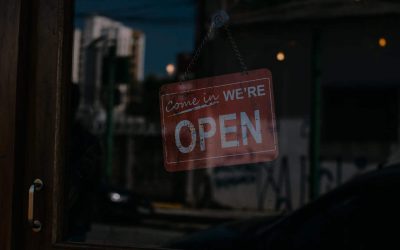 Exciting news! We have launched a shop on our website to enable you to pick up some awesome One Pick Tipping merch!! Running a mobile app isn't a cost-free endeavour. Your support and purchases help to cover the tech costs AND keeps One Pick Tipping FREE for all. JUST...